Cirka has chosen to forgo the traditional monolithic news article format. Instead, they provide news in small chunks. This enable me to get quickly updated on stories and enable Cirkas editors to reuse content.

A few weeks ago the terrible crash of a plane in the French Alps happened. I have used the Cirka app to follow the developing story.

Cirka is based on what the Cirka team calls Content Atoms. These are small pieces of content that can be remixed and reused in different contexts. Current content atom types in Cirka include maps, quotes, summaries and facts. Cirka stories are basically a list of such atoms, in a recommended reading order. 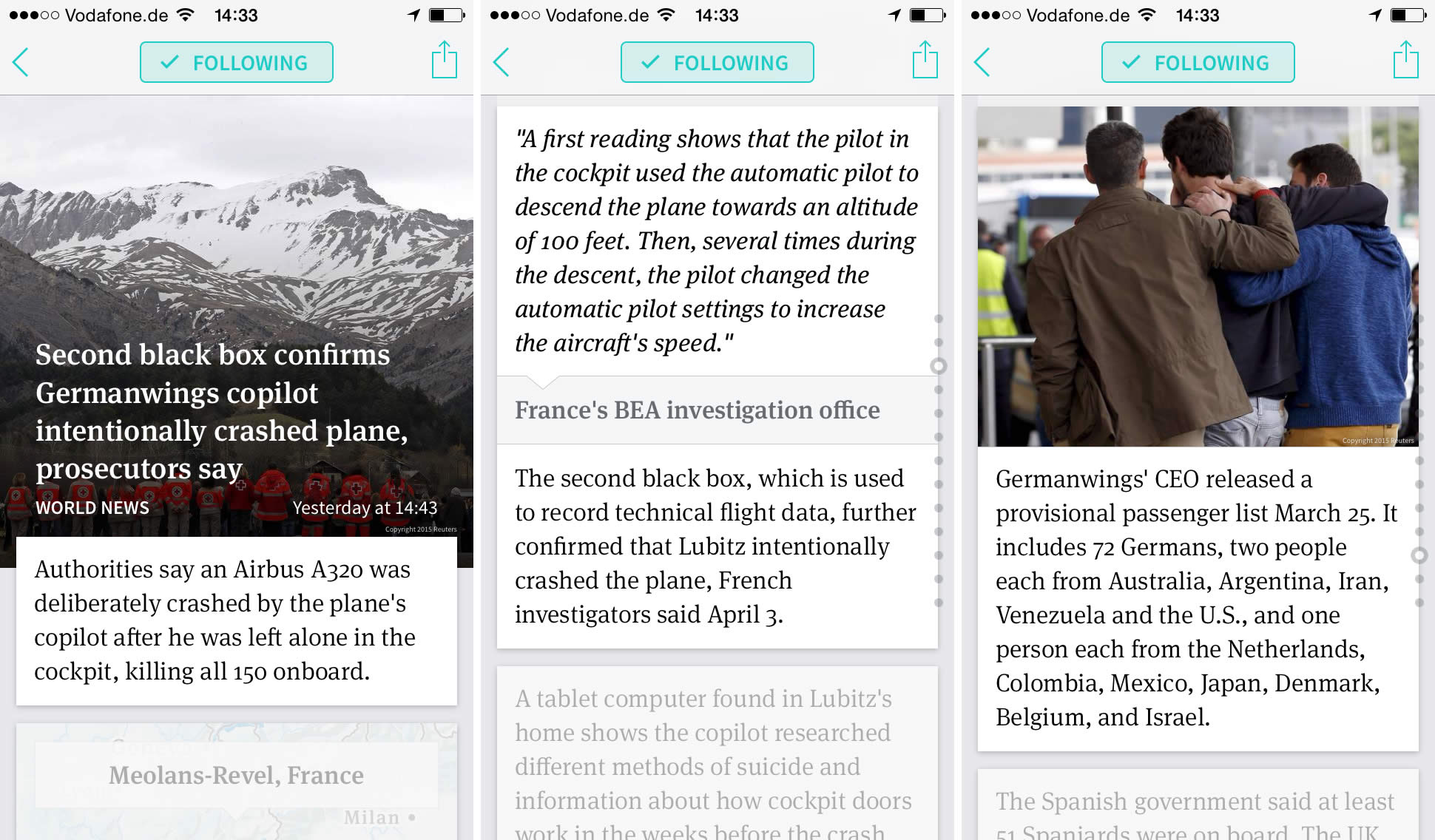 In most content repositories for news a story in made up of one or more articles with each article containing a few hundred words. As the story develops individual articles may be updated or new articles written. If I want to follow the developing story I need to understand if an article has been updated or a new one written as I check in on the story. I also need to read entire articles to get each update.

In contrast, in Cirka, the content atoms are self contained units and can thus be presented separately from the overall story. So all I do to catch up is to read the new content atoms for the story – and Cirka even keeps track of which atoms I have seen before.

When Cirka editors create an atom they also add it to one or more stories. Often the atoms are added to the end of the list of existing atoms, but this is not necessary. Editors can use which ever organizing principle they want to create a powerful story.