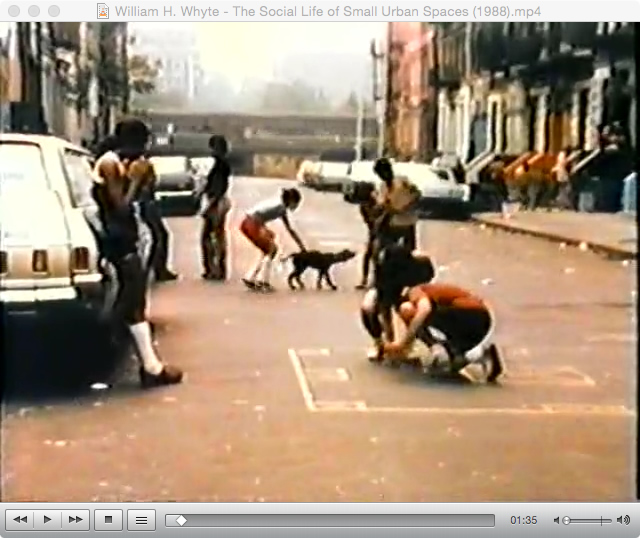 I recently found the video The Social Life of Small Urban Spaces (1988) by William H. Whyte that I just have to share. The hour long movie is about what makes a successful plaza but I can see clear parallels with how we can create successful digital artefacts.

I and others such as Malin Ströman think a lot about how we can use concepts from architecture and city planning to create web sites and apps that feel personal and create a sense of community. Oh, not only concepts BTW, from architecture we also borrow many methods such as pattern languages, design studios and my misfits-method (Misfits are my best friends, Innovation is not important).

In the video a plethora of findings are revealed and some of the ones I think I and others can use when trying to enable digital placemaking are:

Jeepers, the list above gives me chills! So many cool theories come to my mind. I want to build prototypes and test them out now. Do you have a project that can benefit from an innovative and thoughtful UX consultant? Get in contact – I am available for interesting projects!